The Evolution of Super Mario 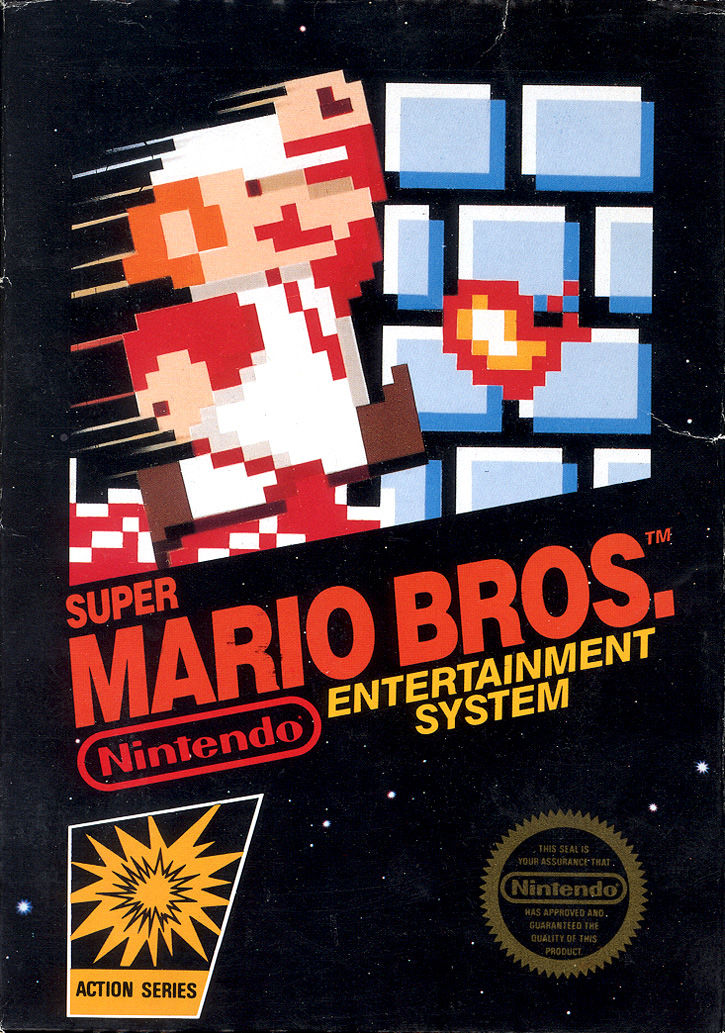 Super Mario Bros. was the first side-scrolling 2D platform game to feature Mario. It established many core Mario gameplay concepts. The brothers Mario and Luigi live in the Mushroom Kingdom, where they must rescue Princess Toadstool (later called Princess Peach) from Bowser. The game consists of eight worlds, each with four sub-levels, totaling 32 sub-levels altogether. Though the worlds differ in themes, the fourth sub-level is always a fortress or castle that ends with a fight against Bowser (or one of his minions disguised as him). The game is one of the best-selling video games of all time. 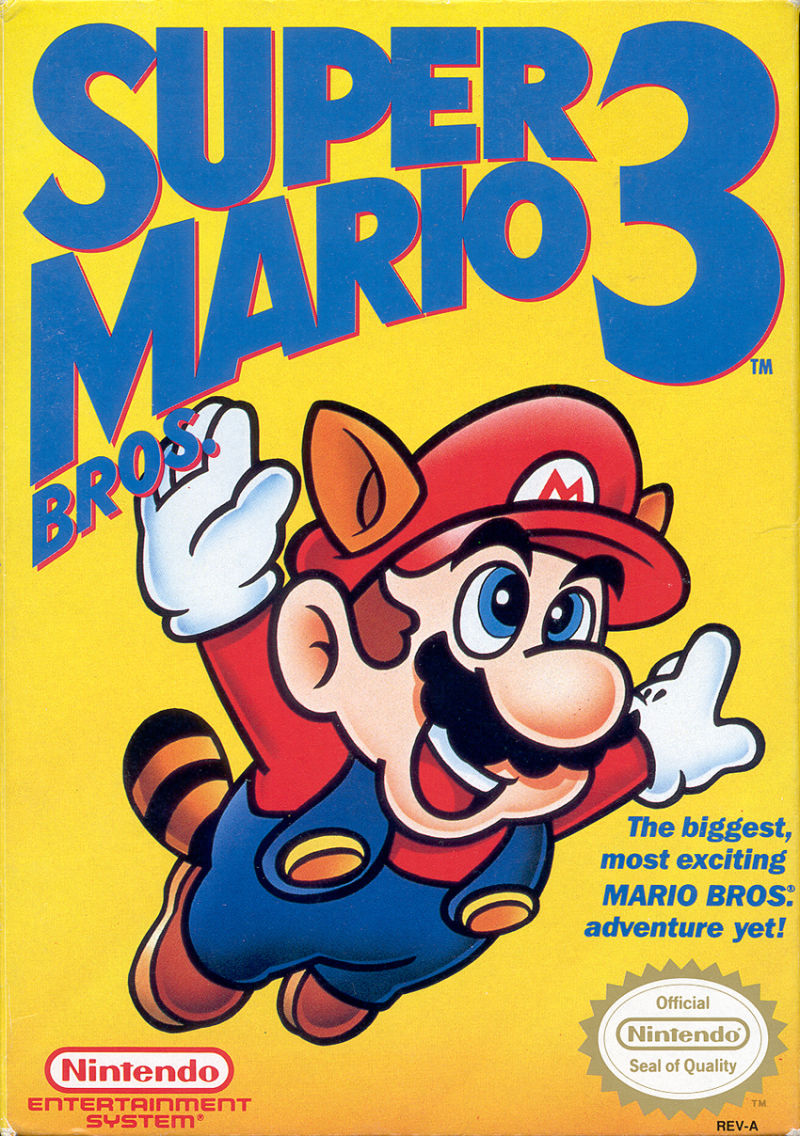 Super Mario Bros. 3 is divided into eight themed worlds, each with 6–10 levels and several bonus stages displayed as locations on a mapped overworld. These locations are not necessarily in a linear order, and the player is occasionally permitted to skip levels or play the game out of order. Completed levels cannot be replayed. A world's final level is a boss stage. The penultimate boss stage is a side-scrolling level atop an airship ("Doom Ship") with a fight against one of Bowser's seven Koopalings. The game introduced a diverse array of new power-ups including flight as Raccoon Mario. Bowser is again the final boss. 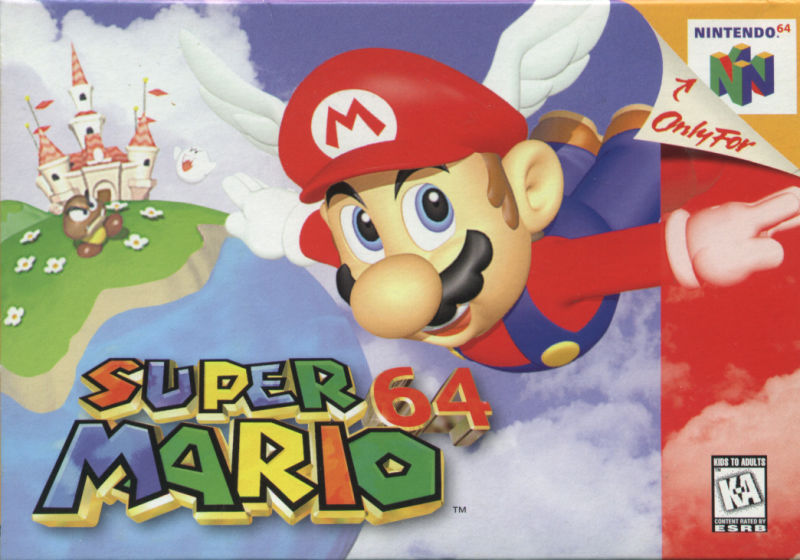 Super Mario 64 was the first 3D game in the series. Each level, or course, is an enclosed environment where the player is free to explore in all directions without time limits. The player collects Power Stars that appear after completing tasks to unlock later courses and areas. The game introduced moves such as punching, triple jumping, and using a Wing Cap to fly. Mario must once again save Princess Peach from Bowser, and collect up to 120 Power Stars from the paintings and return them to her castle, the overworld. The game's power-ups differ from previous games, now being three different hats with temporary powers: the Wing Cap allowing Mario to fly; the Metal Cap, turning him into metal; and the Vanish Cap, allowing him to walk through obstacles. 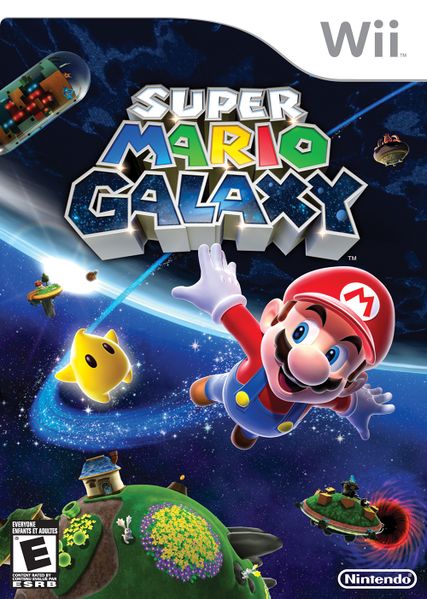 Super Mario Galaxy is set in outer space, where Mario travels between "galaxies" to collect Power Stars, earned by completing quests or defeating enemies. Each galaxy contains a number of planets and other space objects for the player to explore. The game's physics system gives each celestial object its own gravitational force, which lets the player circumnavigate rounded or irregular planetoids by walking sideways or upside down. The player is usually able to jump from one independent object and fall towards another close object. Several new power-ups appear, and many of these return in its sequel, Super Mario Galaxy 2. 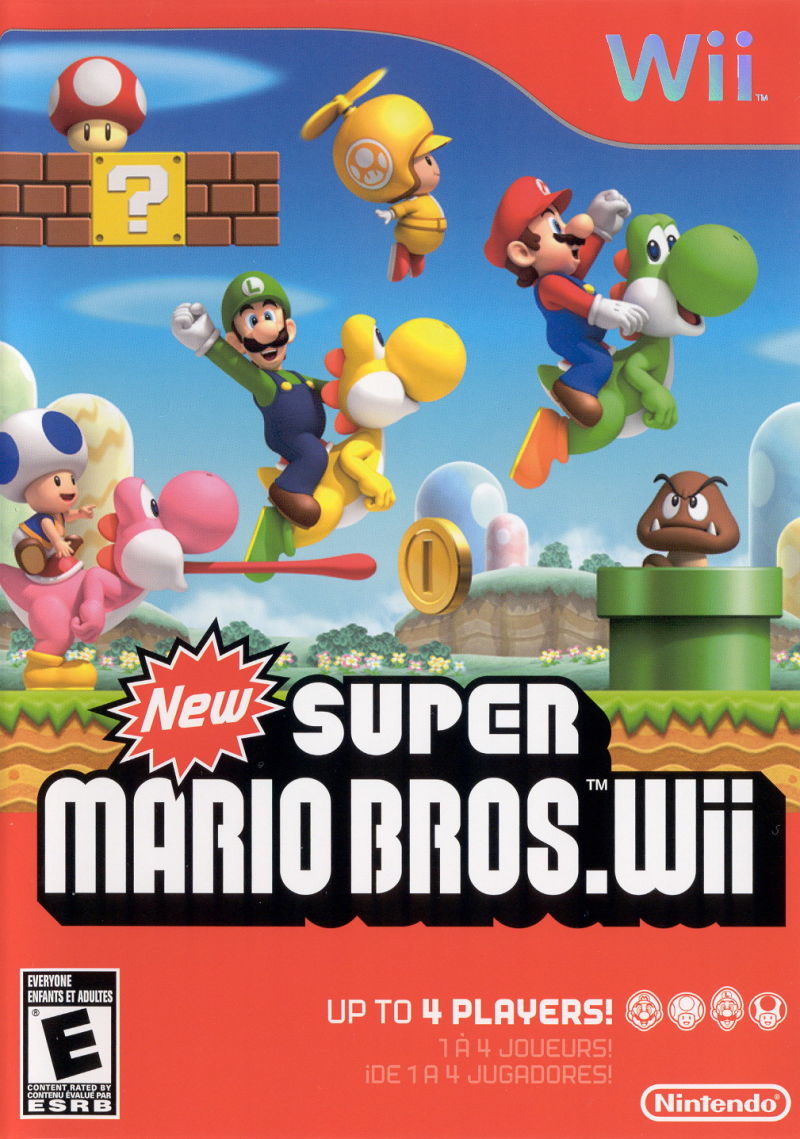 In New Super Mario Bros. Wii, the game features 4-player co-op and new power-ups: the Propeller Mushroom, the Ice Flower, and the Penguin Suit. The Propeller Mushroom launches the player into the air by shaking the Wii Remote. The Penguin Suit enhances traction of sliding and speed and agility of swimming abilities, in addition to the ice ball projectiles that are provisioned by the Ice Flower. Players can ride Yoshi. Like in its predecessor, there are three hidden Star Coins to find in each level, which can be used to unlock movies with gameplay tips. 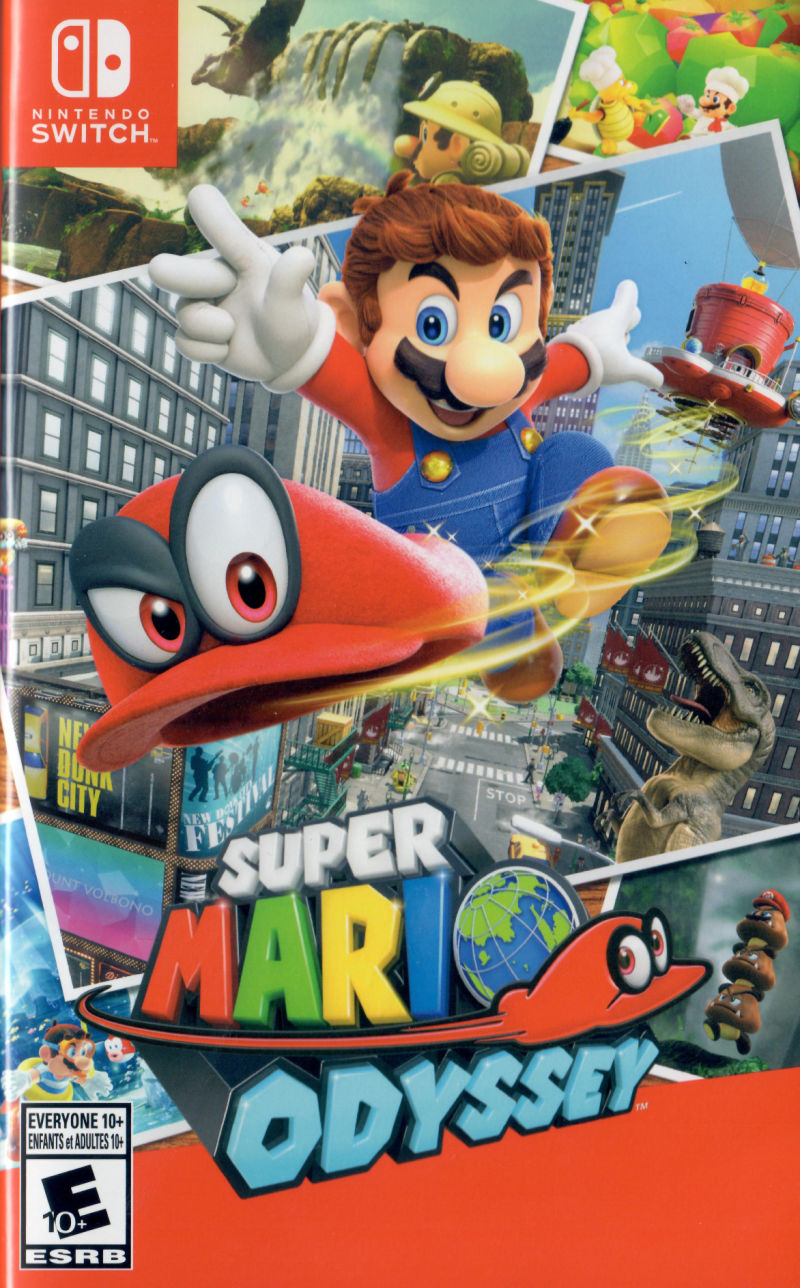 Super Mario Odyssey is a return to the open-world "sandbox" 3D style of game last seen in Super Mario Sunshine. After Mario's cap is possessed by a spirit named Cappy, he is able to use it to temporarily "capture" enemies and objects and utilize their powers. Like previous sandbox 3D games, the game's worlds contain a large variety of objectives that can be achieved in a non-linear order before progressing. Super Mario Odyssey was critically acclaimed, with many describing it as one of the greatest games of all time. 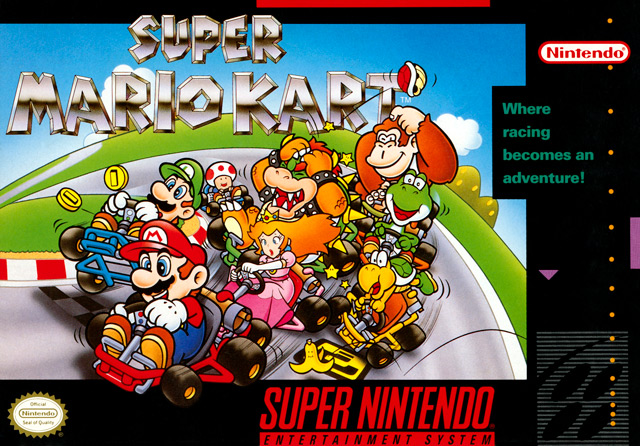 The first kart racing game to star Mario. There have been a total of 14 titles in the series: 5 for home consoles, 3 portable games, 4 arcade games co-developed by Bandai Namco Entertainment, a port, and an upcoming mobile game. The success of Mario Kart has spawned many cartoon-style racing games published by various gaming companies from the 16-bit generation onwards. The games in the series have sold a combined total of over 100 million copies worldwide. 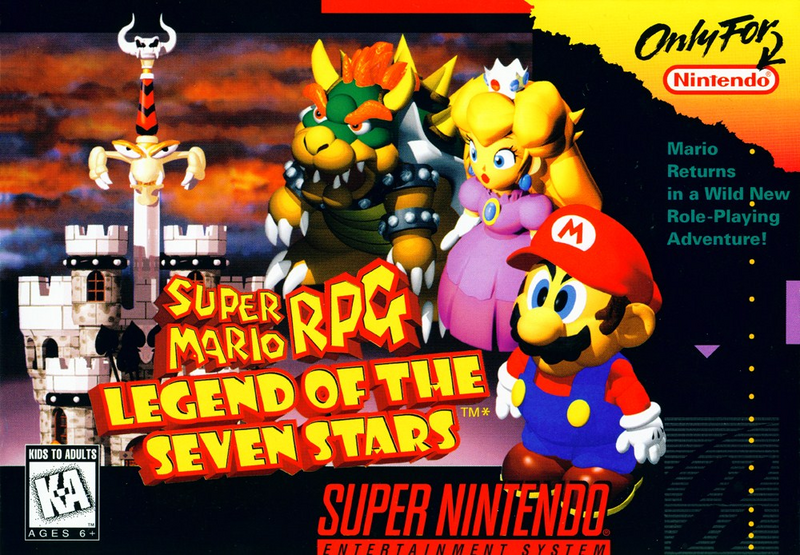 Super Mario RPG: Legend of the Seven Stars is a role playing video game designed by Square (currently Square Enix). It was the first Mario role-playing game, with an action-command battle system. In this game, Mario, with the help of Mallow, Geno, Bowser, and Princess Toadstool (aka Princess Peach), needs to stop a new enemy, the Smithy Gang, while collecting seven Star Pieces so that peace may return and wishes may be granted once more. 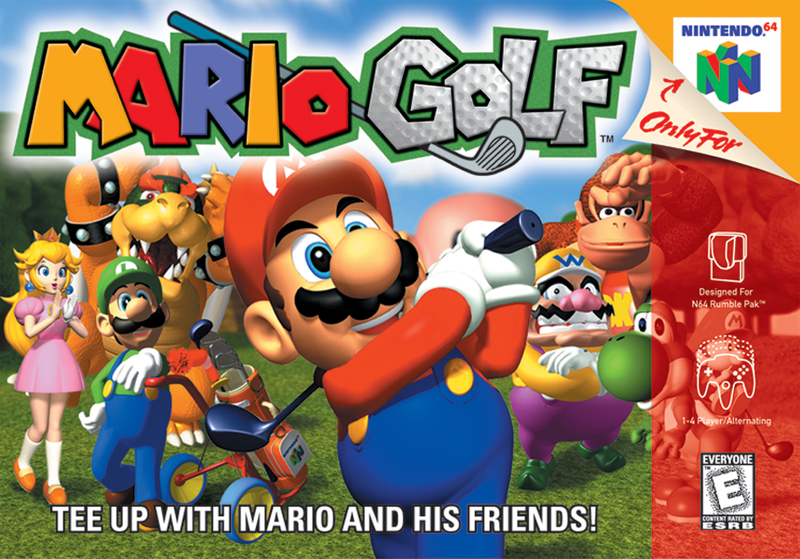 Mario Golf is the first installment for the Mario Golf series. It was developed by Camelot Software Planning. Though several sports games featured Mario characters in the past, Mario Golf is considered the first game in the modern "Mario Sports" line. It would be followed by several titles encompassing a variety of sports. Its Game Boy Color counterpart was released later that same year. 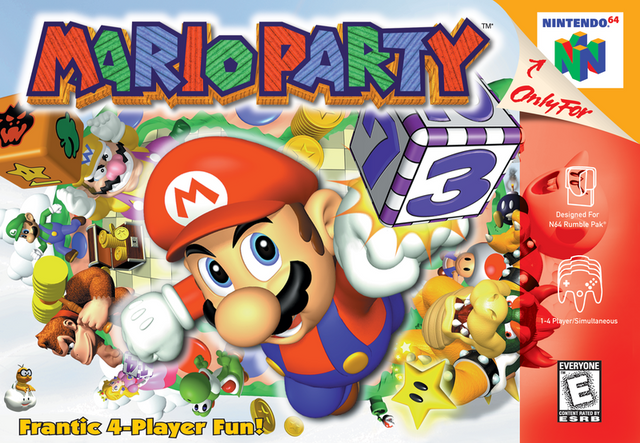 Mario Party is a video game based on a board game for the Nintendo 64, and the first game of the Mario Party series. Players choose one of six characters and move around the board. As they go around, they collect coins and various other items that can help them or hinder others in their quest to collect Stars. The game is known for pioneering an iconic and renowned sub-series of the Mario franchise that has stayed to this day, and has become one of the most well-known series in gaming. 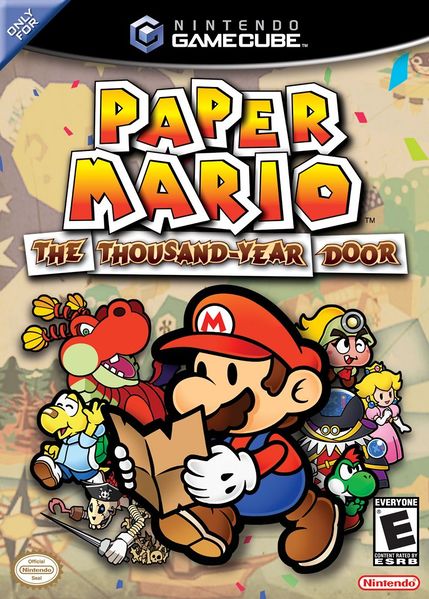 Paper Mario: The Thousand-Year Door is the second installment in the Paper Mario series, with the first being Paper Mario. Its plot revolves around Mario, who embarks on a mission to collect the seven Crystal Stars in order to open the Thousand-Year Door. After learning that Princess Peach has been kidnapped, he also sets out on a mission to rescue her from the X-Nauts. The game has intermissions between each chapter, in which the player assumes the role of Bowser, as well as Peach, who have their own stories that complement the main plot.

Mario&Sonic at the Olympic Games 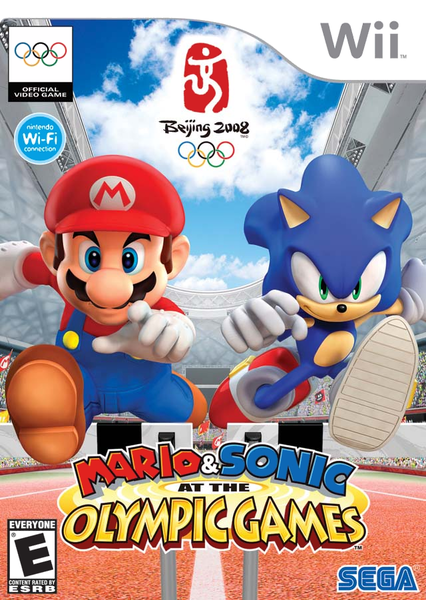 Mario & Sonic at the Olympic Games is a sports game for the Wii with a Nintendo DS version of the game released as well. The game places Mario, Sonic, and their various allies against each other in Olympic events. The game has the official Beijing 2008 Olympics license, and features environments based on actual Olympic venues. 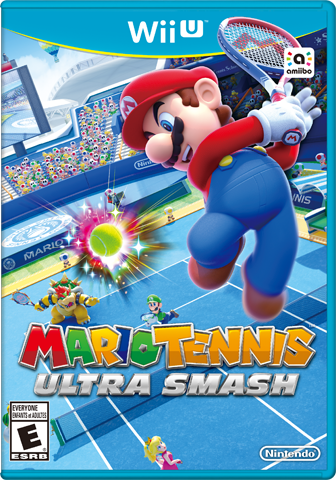 A multiplayer sports game in the Mario Tennis series, developed by Camelot Software Planning, for the Wii U. It is the third home console installment in the series (fourth if Mario's Tennis is included) and the seventh overall. Initially announced at E3 2015 in June, it is one of the few games to be released in the same year it was announced. Up to four players can locally play the game, while up to two players can also use its online capabilities to play with other people around the world. 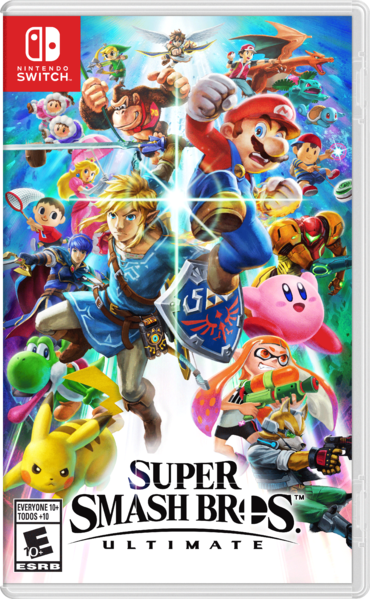 Super Smash Bros. Ultimate is a game in the Super Smash Bros. series. The game was announced through a teaser trailer in the March 2018 Nintendo Direct, and was released on December 7, 2018.